A Different Kind of Truth 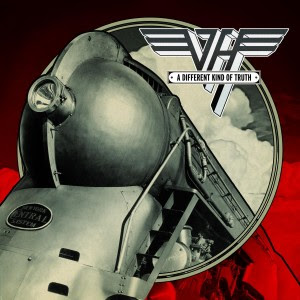 I'll admit it, when I first heard the lead off single, "Tattoo" I wasn't so impressed with it. I blew it off as a cheap knockoff from the Diver Down album. A rather bland and short album filled with with covers from the Kinks and Roy Orbison. Yeah, their worst album. A time when the band was running high on the charts and running out of steam.

After Gary Cherone had left the band back in 1999, Van Halen has been surrounded by a wall of controversy and hiatuses-all which borderline ridiculous. Singers David Lee Roth and Sammy Hagar both came and went, seemly like revolving door. Original bassist Micheal Anthony was cast out, leaving Eddie's golden son, Wolfgang to fill the void. Cancer, divorce, drunkenness and occasional tours between the quiet times filled the headlines. For 14 years, except for a couple of tracks, no new music has been released from the Van Halen Brothers.

So OK, David Lee Roth rejoins. So what is new? Another publicity stunt? Micheal Anthony is gone. Promises, promises. "Tattoo" alone wasn't gonna cut it. A new album and tour? Many classic bands have tried to make a comeback and failed to live up to expectations of their heyday, often tarnishing their legacy. Sometimes it's best to just "Let It Be".

Inspired by favorable reviews on Sean Coleman's post on pod and other blogs, I set out to get this album. My girlfriend beat me to the punchline by strapping a balloon to a CD she bought me for an early Valentine's gift. The plan was to listen to it on the return trip home from Appleton yesterday.

Skipping over the the lead off track "Tattoo" heading into the fire of "She's the Woman", Van Halen takes no prisoners. Jumping for my throat and tearing out the jugular, Eddie's guitar shreds and burns-classic Van Halen... It just doesn't stop there... Eddie scorches into China Town with frets ablaze reminiscent to "Eruption". Diamond Dave raps and rants his way through out each track, taking me back to their glory days. By the time "Bullethead" comes around, I'm bleeding profusely through the jugular, begging for mercy. STILL Van Halen never lets up!

It's the real deal, folks..no synth glop, no ballads, no bullshit. 50 minutes, 13 tracks of sheer intensity. The tempos are atomic-punk fast, letting Alex Van Halen rock out on the drums for the first time since his flaming-gong days. Micheal Anthony may be missed for his bottom end and even more his kicked in the nada harmonies. The apple of Eddie's eyes son, Wolfgang, fills the bass slot seamlessly.What was that line? "Have you seen Junior's grades?" A+.

Diamond Dave may have lost a pitch or two out of his voice, but his charismatic rock god stature still has his staying power, belting out innuendos about "stone cold sister soccer moms" like a seasoned veteran. Maybe it was Roth's supersized ego's presence, Eddie sure hasn't lost his touch. His assault on the guitar is relentless, wrecking havoc on the cerebellum, mind fucking it in the process..

The roots of A Different of Truth predates the bands' early days, with several songs originating from demo tapes that Van Halen made before their debut, and the rest consciously written in that style. A risky move, but a wise and savvy one, it captures the spirit of Van Halen's first five records.

The only time the band comes up for air is "Stay Frosty" with its acoustic intro deliberately evoking memories of “Ice Cream Man" before slamming into a metallic bombast as Eddie's fingers and Roth's lips takes turns showing off. It's obnoxious. It's insane. It's ridiculous. It's Van Halen...

"As Is" swings through neck twisting time changes. "Honeybabysweetdoll" is a curious tune. "Big River" trades between guitar heroics and killer vocal harmonics. I was bobbing my head like a deranged headbanger on"Outta Space" About this time my girlfriend thought I have gone completely insane. I was.... So did the other motorists along Hwy 41.

Posted by drewzepmeister at 5:10 PM

Thanks for the shout out in your post. Great review, too! Man, I have been listening to this quite a bit and it gets better with every spin. I have a floor ticket for their upcoming show here in Ottawa in March. Very excited. Not only will the classic material be great, but the new songs will be just as strong.

You're welcome, Sean! Anything to hook up a brother.Congrats on your tickets-hopefully you will enjoy your show. The closet Van Halen is coming my way is to Chicago on the 22nd of this month-tickets are sold out already. I didn't even have a chance.

Hey Drew, thought I pop in.

Tattoo is the worst song off Different Kind Of Truth and I would have still bought the record regardless since it was the return of Diamond Dave to the band again. I know my buddy from Farce The Music was raving about it before it came out. I kinda figured it would be worth a curio, but starting on Track 2 She's The Woman, they get down to business and blow away the competition and the Chickenfoot 3 album (which isn't too bad in itself). I think this has been the only album that I bought that I actually played each and every song twice over after playing it the first time Tattoo withstanding but even that song sounds better on the player than on the radio.

They may hate each other but when DLR and Eddie Van Halen get together, real rock and roll is made and even the throwaways still rock. Which is probably why Sammy hagar was jealous. They left the keyboards and cheesy love songs off the record. The way I remember VH. Fun and in your face.

Chickenfoot...I heard them before, yet I never sat down and really listened to them. I guess they never really leaped out at me. Don't know why, maybe I wasn't too impressed with them.

Then again, I could tell of the time I nearly saw Chickenfoot, Queensryche and Davy Knowles & Back Door Slam concert at a resort near San Diego a couple of years ago. To make a LONG story short, we got lost and missed the show. 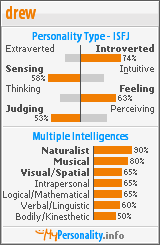