It has been a mild winter so far... Today was a balmy 38 degrees outside with no snow on the ground. The sun was shining making the day a springtime like wonderland while the sleepless squirrels were out digging for their hidden treasures of walnuts. Kinda nice not having to worry about traveling through the perilous streets covered with snow. 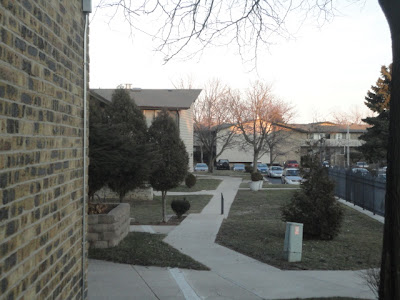 A year ago, this was a different picture. A snowy landscape with canyons carved into waist deep snowdrifts. Temperatures had plummeted into the teens. Winds howled at hurricane force. The aftermath of the storm revealed cars buried deep in blankets of snow. 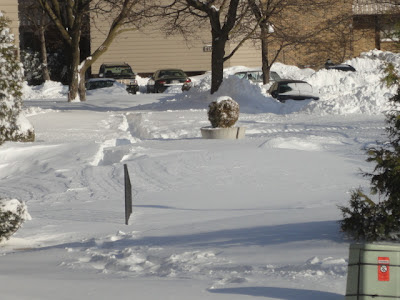 We were warned.... It was on the news, the local weather forecasters told tales of an apocalyptic storm on its way. The one for the record books. The one that may beat the Blizzard of ''78. Like any normal Wisconsinite, we were prepared. Stocked the fridge enough food to feed an army. Rented movies. My work actually called off work and told us to stay home. Other words, once the storm hit , there was no going out... 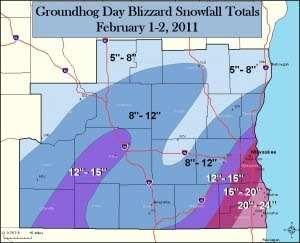 The snow began to fall about 6 AM, Monday January 31st showing off of what was yet to come.... After a few inches, it stopped as if the calm before the storm, quite literally. During the break, my girlfriend and I took off to the lighthouse to snap a few pics of the lake. The storm was just hitting as I taking pics, taking the breath out of my lungs. The wind was biting my skin under many layers of clothes. This wasn't just an ordinary storm.

The second wave was at full force by Tuesday evening. Winds howled outside at near hurricane force bringing complete white out conditions. My back door rattled noisily, had to keep a rolled up beach towel under the door to keep cold air from blowing in. We kept peeking out of the window, watching the snow build up higher and higher. That was all we really could see; for the white out conditions prevented us from seeing anything further than the back yard. Of course, Harley needed to go out. In the short moments when she had to go out, her reddish gold hair turned completely white by the time she came in.

Through out the night we stayed tuned in to the weather via television and internet. Reports of stranded vehicles and road closings filtered in. By 12:30 AM Wednesday morning, a civil danger warning came in, warning ALL vehicles off the road. Emergency vehicles, police cars and snow plows were getting stuck. The National Guard was called to help stranded motorists. The storm was getting really bad.... Thank God, the power never went out.

By noon Wednesday, the rays shone through the clouds revealing a snowy wasteland. As I peered out the door, all I could see was the tops of cars in the desolate parking lot. It took me two hours to my old Caprice out. Afterwords, we decided to take a drive to "survey the damage". A short loop around the area exposed us to new sights. The roads to the lighthouse and my work were still impassible. Instead a double lane road, Hwy 32 became a single lane. Abandoned cars, including a snowplow, littered the sides of the road. The next day, I made it to work through the snow walled canyons of Four Mile Road.. 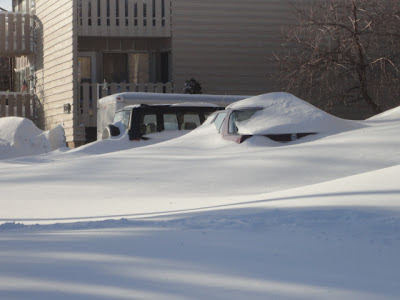 Racine and Kenosha got hit the hardest. Some spots received more than 28' of snow. Sustained winds of more than 55 MPH were reported. Airports in Milwaukee and Chicago were shut down. Interstate 94 was closed from Milwaukee to Chicago was closed, making this the worst storm since the Blizzard of '78. I don't want to another anytime soon....
Posted by drewzepmeister at 11:07 PM