2012 was a great year for music. The big surprises were the veterans of rock and roll making huge comebacks... let's start with the honorable mentions. 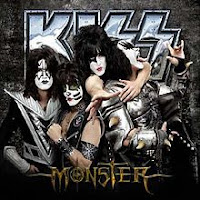 10) KISS Long Way Down from Monster: I had long ago dismissed KISS as nothing but a bunch of rehashing, money hungry and commercialized comic book clowns. As a young teenager, I had idolized these guys, then watched them go on a downward spiral to a mockery of rock and roll. Adding insult to injury, by donning costumes on newcomers Tommy Thayer and Eric Singer revisiting the roles of original members of Ace Frehley and Peter Criss. I vowed to never see KISS in concert after the facts. Enter my future stepson-an obsessed 26 year old KISS fanatic... He turned me into this album. Surprised! It is their piece of work since 1977's Love Gun. Recorded on analog equipment with a modern twist, KISS retakes their glory days with chock full of party anthems. The way that KISS should sound.

9) Soundgarden Been Away too Long from King Animal Taking where they left off 16 years ago, Soundgarden sounds like haven't skipped a beat. King Animal is a big, bright album, executed with precision and professionalism. Filled with strong and catchy kooks, Kim Thayil's deceptively sinewy guitar work fills the atmosphere with his signature sound from the Gothic like riffs to psychedelia. Chris Cornell's modulated wail fits well, anchored by the rhythm section of Bill Shepard and Matt Cameron, which is a testament to their innate chemistry....

8) Aerosmith Street Jesus from Music from Another Dimension The Toxic Twins and crew seemed to patch up their differences long enough to put out their first album of original materiel in eleven years. Their strongest since 1993's Get a Grip. Enter the song, "Street Jesus"- a raucous, gritty, balls to the wall rocker that recalls their classic days of Toys in the Attic and Rocks. One huge catch to the album though. A third of it was weighed down by the American Idol influenced ballads (including a duet with Carrie Underwood) that screamed sell out.

7)  Chris Robinson Brotherhood Rosalee from Big Moon Ritual Even though the Black Crowes are on hiatus right now, it doesn't mean singer Chris Robinson has exactly been idle. Sounding more like the Grateful Dead than the Black Crowes, the music just flows with the tide-never diving into murky waters, instead into a pretty sunset. This isn't just a self conscious retro revival here,  it's more or less a band that seems to be doing what comes naturally.

6) Counting Crows Jumping Jesus from Underwater Sunshine The Counting Crows are a difficult band to explain... They are extremely talented. The groups instrumental interplay are a reminder of a modern day The Band. Singer Adam Duritz lyrical style rivals Bob Dylan, creating a visual landscape that is almost unparalleled by anyone. Question is why an album of cover tunes? The answer is quite simple. Because they can. The tune "Jumping Jesus" my oh my, stands out. It makes me feel like a pile of sunshine.

5) Heart Fanatic from Fanatic Heart has made a wise decision to return their hard rocking roots. Rightly so, the atmosphere of this album feels much like their fifth release, Bebe La Strange. The opening hearty power chords of the title track, along with Ann Wilson's huge voice can deliver more than enough energy to rattle the farthest corners of an arena. Even on the softer sounds on this record can bring an emotional hook that goes beyond sheer volume. 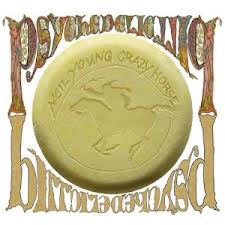 4) Neil Young and Crazy Horse Ramada Inn from Psychedelic Pill Music is a box of chocolates when it come to Neil Young, never know what you're going to get. In the case with Psychedelic Pill, it is the golden cream filling. Working with his long time band, Crazy Horse, Psychedelic Pill was born from extensive jam sessions in the studio. The sprawling 16 minute track, Ramada Inn, takes a listener on a musical journey though the past with laid back powerhouse chords and extended solos. Feels like I'm on the vintage Route 66. And that is one the shorter tunes. It may sound overindulgent, but with the profound lyrics and the emotional guitar interplay, the album seems to have a spiritual effect.

3) Led Zeppelin Kashmir from Celebration Day I know, it's an old song performed from their reunion concert at the O2 Arena in London in the December of 2007. Recorded, filmed and then tweaked and released last month by the legendary band. For those who missed the countless bootlegged YouTube videos, it's all here in one neat package. After 27 years since Led Zeppelin performed their last concert, it is apparent that these rock gods haven't lost their mystery and magic. Jason Bonham, the son of the late "Bonzo", does his dad proud on the skins. Robert Plant's banshee wail has aged gracefully like fine wine. Jimmy Page still can play the riffs and solos like the days of old. John Paul Jones still hasn't lost his touch on the keys and bass. Four years after the show, the band still are dodging questions on a reunion tour. This could easily be the last testimony of this legacy. A fitting one as well...

2) Van Halen Outta Space from A Different Kind of Truth  After so many years of fumbling dysfunction that reduced the once-proud Van Halen name to a laughingstock, A Different Kind of Truth proved the skeptics (including me) wrong. Against all reasonable expectations, this a real Van Halen album! Diamond Dave is back in fold along with Eddie Van Halen's son replacing Micheal Anthony on bass. The album is relentless. It takes you by the jugular and drives down high octane rhythms and adrenaline guitar solos and never lets up. No ballads, no keyboards and no bullshit. It's simply Vantastic! Please read my full review here.

1) Rush Clockwork Angels from Clockwork Angels Rush is a band that never seems to stop growing, they evolve. taking form over the years, yet never losing their signature sound. This Canadian power trio makes a long awaited return to the prog rock concept albums that they perfected with 2112 in 1976. Loosely based on a novel written by Kevin J. Anderson, this set sprawls, embracing everything from metal and prog to electric jazz to flamenco touches -- and more. Varied musical shades jostle up against one another, keeping the listener not only engaged, but delightfully surprised. It's no wonder why the Rush fan base keeps growing after 36 years...
Posted by drewzepmeister at 10:46 PM