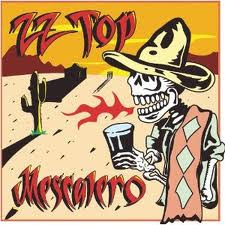 As I was cooking out my grill not so long ago, I threw this in my boom box to give it a good listen. It was one of those albums that I've listened to a couple of times then later shelved. Why?

The album starts off with the chugging bass thump of the title cut. Familiarity settles in... As I was swigging my beer, I was thinking, "OK, this is not so bad..." It still has that Texas larger than life blues boogie. Billy Gibbons still has that fiery blues guitar attack. The rhythm section of bassist Dusty Hill and drummer Frank Beard still have that tight punch. What's new in the this song, the lyrics are in Spanish! I'm tripping out here.

As the album moves along here, I'm noticing the familiar fuzzbox Rockman crunch reminiscent of the Recycler album. It's like they are taking a couple of steps back to move forward. Nothing here really new. It doesn't suck, but there is nothing new to the table. "AlleyGator" has got some ferocious guitar solos on it. Tunes like "Buck Nekkid" and "Me So Stupid" displays some of their off the wall sexual humor that the band is famous for.

Why fix something that isn't broken? Sure ZZ Top will continue to slug out their "That Little Ol' Band from Texas" trademark sound as long as the fans are loving it. As redundant as it may sound, I do like this album...