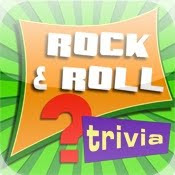 Since the the first Rock and Roll Trivia was successful, I'd thought I'd give it a run....

2) What was the first album to be released on Led Zeppelin's Swan Song label?

3) What bands (or musicians) can you name came from Canada?

4) Who was the loudest band in concert?
Posted by drewzepmeister at 8:44 PM

3) Rush, The Guess Who, Loverboy, Nickel Back, Steppenwolf and Neil Young.

2) It was Bad Company's debut.

3) There's more than that! There was also Triumph, April Wine, Alanis Morrisette, Bachman-Turner Overdrive and probably others I that can't think of right now.

4) Many bands claim this title. The Guinness Book of World Records no longer documents these kinds of records due to hearing damage inflicted. Undocumented sources say that bands like Kiss, Manowar, AC/DC, Iron Maiden, The Who, Deep Purple and My Bloody Valentine hold the titles at 132 decibels.

4. I always though it was Manowar for the longest time. Because All Men Play on Ten (great song if you have never heard it).