Call it the Bargain...

Summer's practically here and my girlfriend and I already hit the rummages sales and the thrift shops. I'm kinda like my friend, Crabb, who like to out and look for music dirt cheap. Hey, much of my music COMES from rummage sales and thrift shops. In the past couple of weeks, I've come home with a quite a bit of stuff! Here's a sample of what I've gotten. 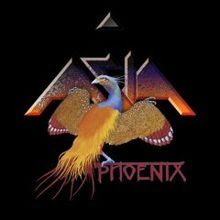 The biggest "steal" I got was the Garth Brooks' The Limited Series box set for my girlfriend. A six disc limited edition box set (perfect condition) for five bucks.

This doesn't include the numerous upgrades I've got as well... Think I've got enough music? You're right...Nah.....
Posted by drewzepmeister at 8:01 PM

Oh heck no Drew, one can never have enough cheap CDs or LPs. Managed to snag Professor Longhair Catfish Fiesta, Kinky Friedman Sold American and Status Quo 12 Gold Bars for 2 bucks each this afternoon. I bought the Asia Phoenix new and think I only played it once. Still bargains are bargains! ;)

The best way to get your music these days is at rummage sales. With the way prices keep going up. It is getting to expensive to buy CD's and Vynal at the stores.

Crabb-Great minds huh? Picked CCR's Live in Europe on cassette on the way home from work for 50 cents.