What to when the cold winds are still blowing off of Lake Michigan and there is nothing to do? Take a trip of course! Yesterday we spent a wonderful day visiting the three museums in Kenosha. 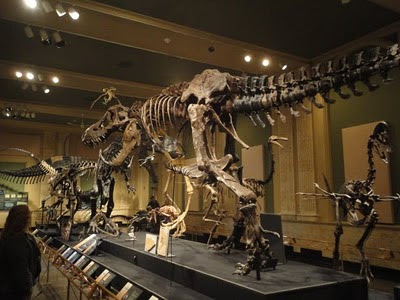 The Dinosaur Discovery Museum was SOOO cool! Being a dinosaur nut, I still find it amazing to see the sheer size of these creatures! The above picture is a tyrannosaurus rex as compared to some of the other predatory dinosaurs. I certainly wouldn't want to mess him! (Nor any other dinosaur for that matter) 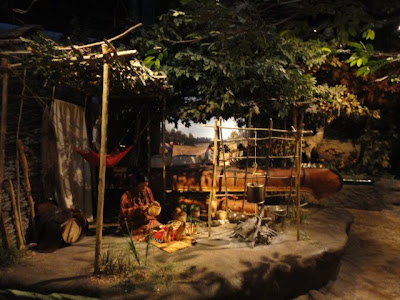 Just down the road was the Kenosha Public Museum. That one was really neat! The museum has various displays showing art, heritage and a cool walk through the years! The picture above is a display of Indians that lived in the region thousands of years ago. The picture below was the most complete skeleton of a mammoth in North America. Discovered in Kenosha County in 1994, the creature was said to be killed and butchered by hunters over 14,000 years ago. 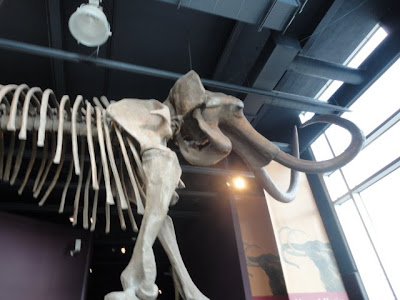 Our next stop was the Civil War Museum next door. Kinda neat too! The museum shows reenactments of the Civil War era. It was interesting to see the old fashioned clothes and tools that they used. Also inside, is a memorial to those served in ALL of the American wars. Below picture is a cannon used in the Civil War. 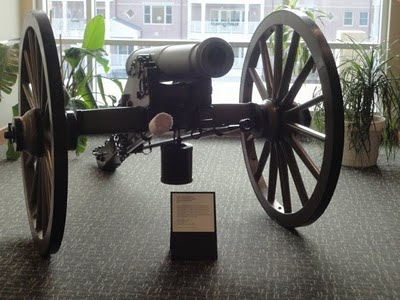 Admission for both the Dinosaur Discovery Museum and the Kenosha Public Museum is free, while it is ten bucks per person for a non Kenosha resident to see the Civil War Museum.

Here's the weblink.
Posted by drewzepmeister at 11:40 AM