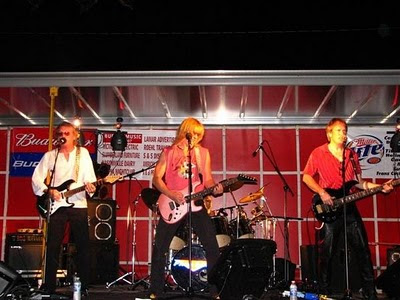 Last night, I stumbled across a video from one mine favorite local bands, Bad Boy. It's rare that a band from Wisconsin had ever made it big. Off of the top of my head, I could only think of two. The Violent Femmes and the Bo Deans. Three if you include Cheap Trick. (They are from Rockford, Illinois-just south of the border) Anyways, these guys enjoyed moderate success in the late 70's and early 80's supporting bands like Cheap Trick, Survivor, Ted Nugent, .38 Special, Kansas, Paul Rodgers, Angel and Night Ranger. Not only that they headlined to sold out shows across the Midwest. 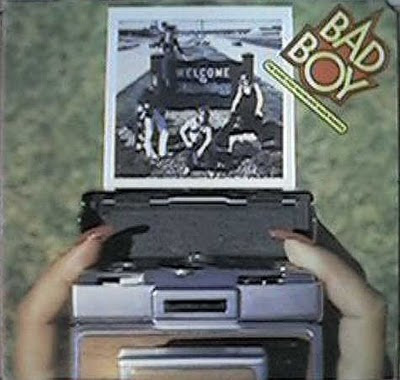 Xeno (vocals, guitar) joined the band after his departure from Cheap Trick in the early 80's. That present lineup released their most successful effert to date-"Electric Eyes". Tunes like "Cheat on Me" and "Thunder and Lightning" received radio airplay. The fans were just flocking to their shows.

It wasn't long before the band faded into obscurity. I heard nothing from them in LONG time. I thought they had broken up. And yes, they did. That was a shame! I had enjoyed seeing them play time after time.

They did reform in 1998 with new members. Bringing in Craig Evans on bass and Scott Bernendt on drums, the band was energized! They released a album of new material called "We Should be Dead by Now" in 2002. They continue to play at clubs and festivals across the Midwest. The last time I saw them was two years at a festival nearby my place. THEY ROCKED!

Are there any local bands you want to rave about?


Posted by drewzepmeister at 9:45 PM

I believe the lead singer of punk band Husker Du is from my hometown but I'm not into punk so I wouldn't exactly refer to them as a favorite local band.

There was a group from the Champlain Valley area (not sure if they were from Plattsburgh on the NY side of Lake Champlain or Burlington on the Vermont side) called The Ominous Seapods. They were a jam band, a friend of mine once described their music as sounding like "Phish on crack." I picked up one of their albums once but it really didn't do anything for me.

When I was in college in Michigan the big local band was the Verve Pipe. They'd released an EP and an album on an Indie label in the early 90s. Then when I was a freshman in college they released their major label debut, Villains (I forget which label signed them). They performed at my college the spring of my freshman year. I had the chance to meet lead singer, Brian Vander Ark and he signed the copy of the Verve Pipe's debut EP that I'd purchased at the show. Honestly I kind of forgot about them until around 2000 when they released Underneath which to this date I believe is their best (and it appears to be final) album. Brian Vander Ark has released 3 solo albums since then, of which I only own the first-- it's EXCELLENT. I'd rate Vander Ark as one of the best singer/songwriters to come out of the 90s.

I've heard of The Ominous Seapods, Perplexo, but I've never heard them. As a huge fan of many jam bands, I'd like to check them out.

I've heard Verve Pipe, before never really was a huge fan of them. I'm not sure why.

There is one up and coming band from Kenosha, WI that is getting bigger and bigger all the time. Cosmic Railroad. I've seen them a few times. They sound like the Grateful Dead without the keyboards and has three guitar players. They ROCK!

For Verve Pipe, the only album of theirs I'd vouch for is Underneath. Their other albums are merely okay (1 or 2 good songs with lots of mediocre filler). Underneath is fantastic! The lyrics are great, the songs are catchy. If you only ever get 1 Verve Pipe album that's the one to get.

If I were to discuss "local bands" from my current area (Chicago metro) well the list gets a bit longer-- Chicago (the band so great they had a city named after them), Survivor, REO Speedwagon (actually they're from the Champaign/Urbana area), Styx, but I'd argue that one of the best musicians to come out of Chicago was Mike Bloomfield. When it comes to blues guitar, maybe its just me but I thought he could play circles around Clapton. And who knew a Jewish kid from Chicago would turn out to be such a solid blues guitarist?

If you were to get into straight ahead urban electric blues-- that genre was born here so I wouldn't even know where to begin.