Summerfest may be over. I had a great time seeing bands like Rush and Yes. I even saw glimpses of the Counting Crows! Summer is far from over... There are a few bands I'd like to see yet, but realistically speaking I can't see them all.

Phish is one band I've always wanted to experience. They're coming to Alpine Valley August 14 and 15. The idea of going to a three hour jam fest sounds grand, but there a few problems though. Tickets, except for the lawn seats, are sold out. Secondly, I'm not too hip on the idea of bringing my 13 year old son to a pot filled haven. 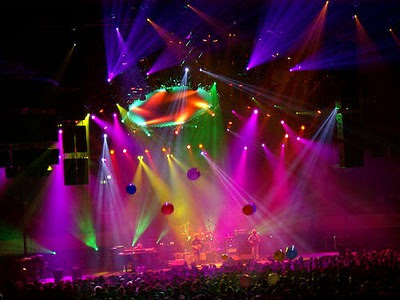 A good friend of mine's son is planning to see KISS at the Marcus Amphitheater on September 2. This one does sound very interesting to me. Well first of all, I admit that I'm a KISS fan and I always wanted to go and see them. The is one show I think my son will enjoy. I'm pretty sure that they'll put out a good show-the lights, the pyrotechnics and theatrics-the whole shebang! The biggest downfall about seeing them is the fact the original drummer Peter Criss and guitarist Ace Frehley had been replaced by others in their same costumes. I have issues about that. 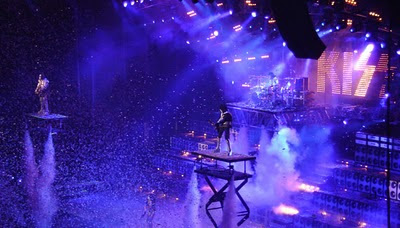 The one show coming up I'm stoked about is.....just announced....Bad Company! Yep, Bad Company with Paul Rodgers is coming to Milwaukee! They are playing at the Potawatomi Casino on October 4th and 5th. Tickets go on sale next month. I've heard reviews and seen some of the set lists. I'll probably end up going this one, never know if Bad Company is going to tour again. 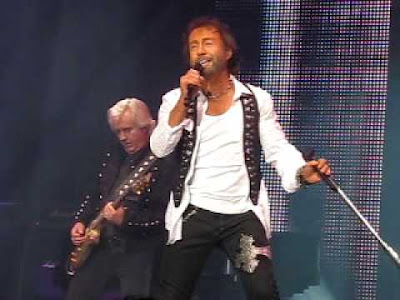 Posted by drewzepmeister at 9:15 PM

I really like how you did this one. Like always you have a way with doing your blogs.