After reading Music Obsessive's post on record labels, I got inspired to do some blogs about the sights in Los Angeles. I know what you're thinking-WTF? When I was there a year ago we visited many of the rock and roll sights including record companies. This two part series will take you on a journey where the music and magic is real. This part is more or less about the record companies we saw... 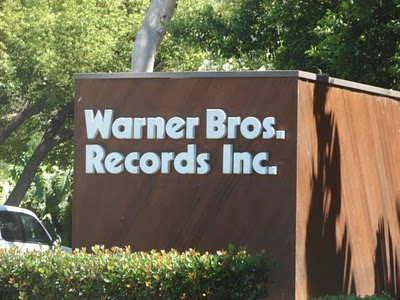 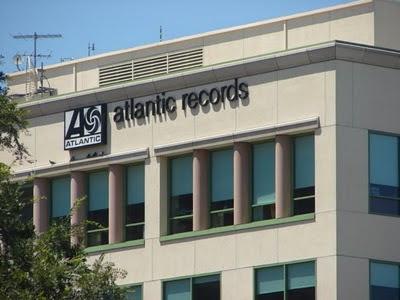 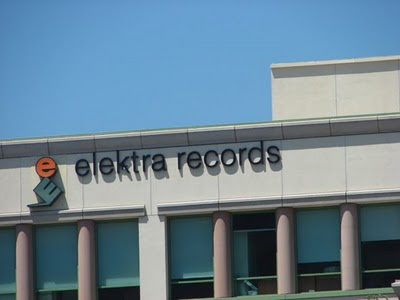 Artists like the Eagles, the Doors, MC5, Tim Buckley, Queen, Metallica, Phish, Bob Dylan and many others were talked about behind these doors.... 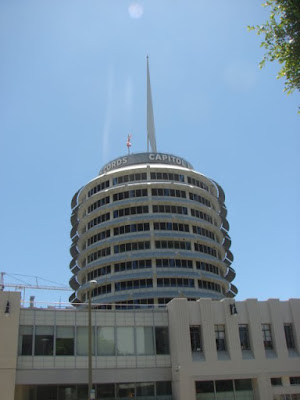 This strange looking building was the headquarters for greats like the Beatles, the Band, Pink Floyd, Bob Segar, Heart, Blondie, Sammy Hagar, Blind Melon and many others!
Posted by drewzepmeister at 12:46 AM

One of my favorite, "obscure" bands from the 60s, The Sons of Champlin, were on Capitol Records for their first 3 albums. In the early 90s Capitol released a "Best Of" Sons of Champlin album containing material from those first 3 albums (which at the time were long out of print). Their logo at the time featured that tower rather prominently. I also recall seeing the tower in a scene from Less Than Zero back in the 80s. The main character, Clay (Andrew McCarthy), is on his way home from the airport for Christmas after his first semester of college on the East Coast. And they show landmark buildings (including the Capitol Records building) in LA with the Bangles cover of Simon & Garfunkel's Hazy Shade of Winter playing in the background. Great scene!

Kinda cool, eh? I recently saw a commercial with Slash standing like a giant next to the Capitol Tower. (I think it was to promote his new album) Brought back memories...