Rock and Roll Landmarks in L.A.

Part two of my Los Angeles blogs. While having a good time getting lost in Los Angeles, we visited some famous rock and roll landmarks. 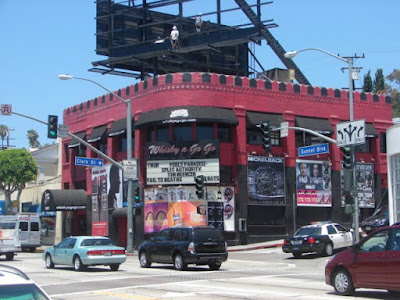 The Whisky-A-Go-Go on the corner of Sunset and Clark. Founded in 1964, this establishment was immortalized in the song by the Miracles "Going to a Go Go" (later covered by the Rolling Stones). Arguably, The Whisky was the birthplace of the LA music scene. Southern California rock bands like the Byrds, Buffalo Springfield and Love were regulars there. The Doors was the house band for a while. British rock bands like the Who, Cream, Led Zeppelin, and the Kinks made their first headliners there.

Over the years, diverse acts such as Quiet Riot, the Police, Van Halen, Motley Crue, Blondie, Talking Heads, Patti Smith, the Ramones, Red Hot Chili Peppers, Nirvana, Soundgarden and many others played there. 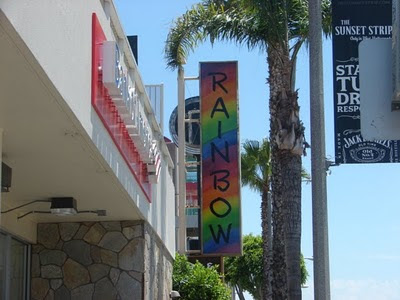 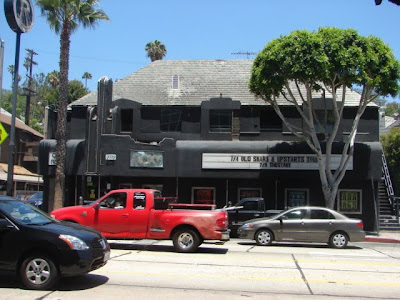 The Roxy Theatre on the Sunset (next door to the Rainbow). Founded in 1973. This famous nightclub was the host to so many acts such as-Bruce Springsteen, Bob Dylan, Genesis, Neil Young, David Bowie, Nirvana, Motley Crue, Guns n' Roses, Van Morrison, Red Hot Chili Peppers, Frank Zappa, Dire Straits, Them Crooked Vultures, Foo Fighters are among them. 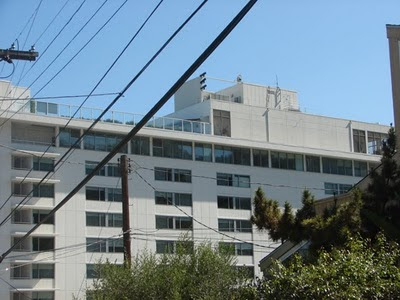 Andaz West Hollywood 8401 Sunset Bvld. Formerly the Continental Hyatt Hotel. The hotel was favored many traveling rock bands like Led Zeppelin, the Rolling Stones and the Who for it's close proximity for the local nightclubs. Infamous stories of television sets tossed from balconies and motorcycles driven in hallways came from here.
Posted by drewzepmeister at 5:42 PM

When the Chicago Transit Authority first moved from Chicago to LA they became, for a spell, the house band at the Whisky... opening for the likes of Jimi Hendrix and Janis Joplin. It's their material from this era that I tend to enjoy the most. While I don't have any bootlegs from that era I do have 3 Chicago bootlegs from '68 shortly before they moved out to LA performing at Barnaby's on State St. in Chicago and another venue called "The Itchey Foot Moose" that I've been unable to find any further info about. Wild stuff.

All that said, I'd have loved to have been a fly on the wall at the Whisky back in the day!

Off the top of my head, the only recording I have from the Whisky is a re-energized brand new Kansas line up covering their classics. Released in 1992, this album is worthy enough of a recording for a Kansas collector. Other than that, I MAY have a track or two from Zeppelin's appearance there. I'd have to take a look....

I know what you mean about wanting to be a fly on the wall at the Whisky. It was an incredible experience just KNOWING that I had walked in the same footsteps as rock icons like Jim Morrison. (Even it was just a fleeting moment)