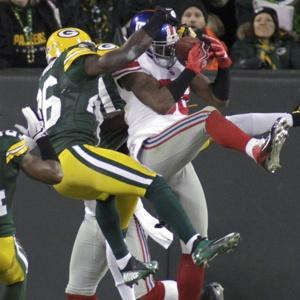 Early in the game the Giants made it clear that it was their time to shine, scoring first.

The Packers wouldn't give up especially Aaron Rodgers, who ran for yardage quite a bit.

The strong defense of the Giants forced the the Packers to turnover the ball four times during the game.

Dropped passes, blown coverages and missed tackles did it in for the Pack.

All in all it was an excellent season for the Packers. They only lost two games total... Better luck next year!
Posted by drewzepmeister at 8:37 PM