Rock and Roll Predictions for 2012 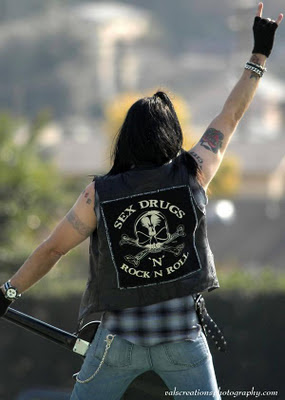 Rock and roll always have been hard to predict thought I'd give a try...

Bruce Springsteen will run for governor of New Jersey, after all he's the Boss.

Justin Beiber would be invited to tour with the reunited Black Sabbath for the so the sole purpose of chopping him up and tossing his parts to a rabid audience. His management says no. Despondent over the decision, Beiber overdoses on Skittles.

Ozzy Osbourne will quit midway though the tour. Replacing him James Durbin.

A mob of angry fans storm the Rock and Roll Hall of Fame and take Jann Wanner hostage. Their demands-Rush being inducted into RRHoF.

Don Henley and Glen Frey from the Eagles join forces with Gene Simmons and Paul Stanley from KISS to form a new band called the Ego's KI$$. They release an album for $50 a pop, only sold at Walmart.

Not to outdone by Micheal Jackson, Gene Simmons will set himself on fire in a Dr. Pepper commercial.

Scientists will finally figure out what came first, Lady Gaga or the egg.

Madonna will have a "wardrobe malfunction" at the Superbowl Halftime Show.

The Britteny Spears marriage will be over in less time the Kardishians.

Rapper 50 Cent will have an illegitimate child, naming him Quarter.

Rapper Eminem will be the spokesman for M&M candy.

David Lee Roth will split his pants doing a kick on stage during the Van Halen tour.
Posted by drewzepmeister at 7:37 PM