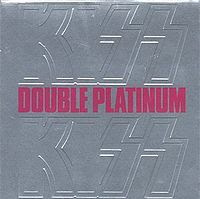 It was in 1978, when I bought one of first albums KISS "Double Platinum", my mother said to me, " Now that you got the greatest hits from KISS, there is no need for you to go get the other records." I just gave her the look as to say "Yeah....right...." I only had a handful of albums back then, needless to say, I went on the rampage and got more. This led my album collection to be a monstrocity of what it is today.

The music scene was different then than is it now. I may be a young puppy, but I'm old enough to have endured a tough time for rock music. Back then, disco and punk invaded the scene with their mindless crap. I witnessed the break up iconic superbands like Led Zeppelin, Pink Floyd and The Who. Saw the murder and deaths of greats like John Lennon and John Bonham. Overjoyed at the death of disco. Saw the rise of videos and the MTV generation. It wasn't pretty. Underneath of it all, there was some great music.

Back then, there were basically two radio stations to choose from. WRKR in Racine and WLPX in Milwaukee. WRKR was the pop flavored, disco oriented station that 14 year old girls dedicated songs to their boyfriends. WLPX was a ROCK station that played AOR rock to the masses. Of course, I listened to the later. There was no other station like that till I heard KSWD The Sound out of Los Angeles recently.

So why am I telling you this? What's my point? I read a friend of mine's blog about his top 25 classic albums. Because of the size of my collection, there is NO WAY I could come up with a list like that. I had to narrow it down. Taking a cue, I decided to limit it to my teenage years from 12 to 17. This simple idea became a project. I wanted to describe the what it was like back then as I was listing them out. Enough my chatter and on with the list.... 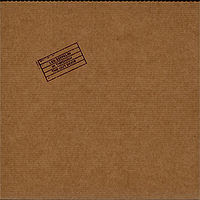 Led Zeppelin In Through the Out Door-1979-The last studio album from Zeppelin. It may not be their finest moment, but this experimental album has shown the band's new direction. If John Bonham hadn't died, who knows what they'll be doing now. It is still a lot better than many albums out there.

Pink Floyd The Wall-1979-The last album to fully feature the whole band. I remember the hype that went into this concept album. EVERY station was playing "Another Brick in the Wall (part 2)" over and over. My best memories were sneaking out of the house to watch the midnight specials of the movie.

Rush Moving Pictures-1981-By then, I was a huge Rush fan. I remember getting this the day it came out. I rocked out to "Tom Sawyer" , "Red Barchetta" , "YYZ" and their ten minute epic "The Camera Eye" endlessly.

The Eagles The Long Run-1979- My first Eagles album I bought. I've always liked the harder edged stuff from them. Joe Walsh was spectacular on this album! Sad to say, it was their last...for awhile. 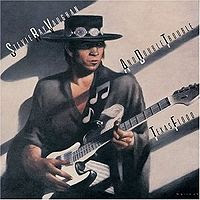 Stevie Ray Vaughan and Double Trouble Texas Food-1983- I didn't get into SRV till MUCH later. Wish I had much sooner. This debut album is definitely worthy of anyone's album collection! This guitar player and his band redefined the impact of the blues into rock. "Pride and Joy" is a perfect example of this.

Supertramp Breakfast in America-1979-Not only this album is special to me for sentimental reasons, it marked my way away from the typical hard rock I was getting into at the time.

ZZ Top Eliminator-1983- Who made MTV famous or who MTV made famous, the world may never know. C' mon now, who can forget their videos? The fuzzy guitars, the cars, the women and the beards! Classic...

The Police Synchronicity-1983-The band kept getting better and better! I remember EVERY radio station playing the latest hit off of the album. Why is it when bands hit their most creative peaks they break up? 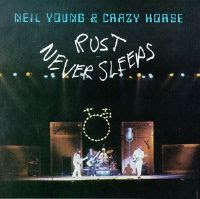 Neil Young & Crazy Horse Rust Never Sleeps-1979-Acoustic
on one side, electric on the other. Brilliant idea at the time! Neil was just on the roll at this timeframe.

Journey Escape-1981-The band's most commercial and successful excursion to date. I loved everything off of this album! Steve Perry's soulful ballads and Neil Schoan's blazing guitar work.

U2 War-1983- These guys keep reinventing themselves! True musicians in their own right. Although I listen to The Joshua Tree and Achtung Baby more often, this album is easily among their best!

Bad Company Desolation Angels-1979-It's still one my favorite albums out there. Although "Rock and Roll Fantasy" was a hit. Tunes like "Crazy Circles" and "Evil Wind" remained my favorites. 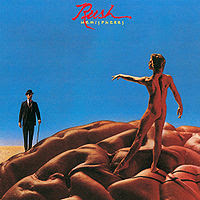 Rush Hemispheres-1978-I know, two entries from the same band. I just can't blow off Hemispheres. The instumentation on this album is fabulous! Everytime I'm listen to this album, I'm hearing something new, especially the 20 minute title track.

Def Leppard Pyromania-1983-Heavy metal just couldn't get any catchier than this. The constant MTV rotation of their hits made these guys a household name.

Tom Petty and the Heartbreakers Damn the Torpedoes-1979- I was blown away by the creativity of this band! These guys were straight foward and just played like it is...No frills or gimmicks...just rock and roll...

Black Sabbath Heaven and Hell-1980-Thought Black Sabbath couldn't survive without Ozzy? Think again! The band got reenergized by the arrival of Ronnie James Dio and made a hell of a good album!

Iron Maiden The Number of the Beast-1982-I love the fierceness and the drive of this record. This controversial album went for the throat! The twin guitar crunch and Bruce Dickinson's vocals left me head bangin' for years!

Rolling Stones Tattoo You-1981-Suprisingly, an album of outakes from previous studio efferts. The Stones approached the '8o's with the '70's touch- with great results! MTV certainly helped in the success of this record. 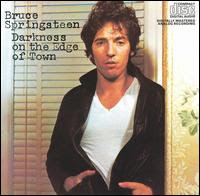 Bruce Springsteen Darkness on the Edge of Town-1978- I never was a huge Springsteen fan until recently. I've always respected his integrity as a rocker. I picked up this disc a month ago for sentimental reasons and it's the fastest rising album in my collection. I just love the lyrics and the straight forwardness of this record.

Asia (s/t) - 1982- I admit that I didn't like this album when I first heard it. I was so used to hearing the long jams the prevealed on the earlier ELP and the classic Yes albums. After reading an article about not putting anyone in the spotlight, shed a new light on this record. I've been loving it ever since!

Yes 90125-1983- Although this album doesn't get close to measuring up to the standards of the classic Yes albums, it stands up upon its own. It is the biggest selling album from this band, fueled by their hit "Owner of a Lonely Heart" A new name perhaps?

Bob Segar & the Silver Bullet Band Against the Wind-1980-I just love Bob Segar's voice! This album is where they all got all together seemlessly...

Scorpions Lovedrive-1979- Perhaps the most consistent Scorps album. Every track is good...

Hope you enjoyed my list! What's yours from your teenage years?
Posted by drewzepmeister at 9:57 PM

You've got some great stuff on this list, Drew:

I especially agree with:
Pink Floyd The Wall
Supertramp Breakfast in America (although I prefer Crisis? What Crisis?!)
Def Leppard Pyromania (great album this and Hysteria are one of the best one-two punches by any band ever)
Asia s/t (one of the most consistently great albums of the eighties, there's not a weak track on it).

Great list although I cant believe The Cars didnt make it. I got into a lot of the albums you listed as well. It was a pretty awful time for R&R though and I thought I would go crazy with the repetition on the radio stations

Hey wasnt WQFM still on the air then? That is the station I listened to a lot. Also I listened to WIBA FM in Madison. Of course you would not have been able to get that probably.

Plex I agree, Crisis? What Crisis was much better.

Ya guys, honestly, I really like Supertramp's Even in the Quietest Moments for my fav.

Seeing this is a list from 1978 to 1983, sorry that I couldn't include Def Leppard's Hysteria or The Cars' Heartbeat City or I would have.

Dan, I believe WQFM's heyday was in the late '8o's and the early '90's. I remember recording a few bootlegs from Summerfest through QFM before WLZR took over. Did you ever listen to WLPX? I remember the T-shirts!